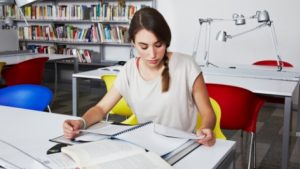 MBA students aren’t 18 year olds with nothing to do but attend class, eat ramen, and learn at their leisure. They’re generally working adults with busy lives and plenty of commitments outside the classroom. That means they don’t have tons of extra time to spare for studying. Learning as much material as possible, as quickly as possible is essential to their success.

Thankfully, science can help. For years educators and cognitive scientists have been researching how to study effectively, turning up simple but powerful learning techniques that can help you learn faster, remember more, and feel smarter. Here are some of the most useful.

It’s not hard to see why so many students end up cramming for exams — procrastination often makes it the only option and students often calculate they’re more likely to remember material they reviewed immediately before a test. Unfortunately for those pulling highly caffeinated all nighters, science has shown conclusively that cramming is a horrible way to study.

Rather than opting for marathon last minute review sessions, research makes it clear you’ll remember far more if you spread your studying out. Technically known as “distributed practice” this technique involves studying in short bursts, taking long breaks, and then reviewing the material once again.

“If you have four hours to study, then you’re much better spending an hour every single day for four days than spending four hours on one day,” insists Mikey Garcia of the Bjork Learning & Forgetting Lab at UCLA.

2. Mix up your studying

If breaking up long study sessions over time is one way to improve your learning speed, breaking them up by alternating between different skills or topics is another.

Experts call this “interleaving” and it can dramatically improve retention.

When scientists asked one group of student study a single math skill and another to switch between studying two, those who engaged in interleaving did 25 percent better when tested the next day and 76 percent better when tested a month later. The researchers caution, however, that interleaving can feel more challenging at first, but insist that the difficulty of getting used to this way of studying is worth the benefits.

Students often think of tests as a means to determine what they know, but research shows testing yourself if also one of the best ways to learn. And you don’t need to have formal practice tests to do it. Even something as simple as covering up passages you’re studying and trying to remember key points can flag up holes in your comprehension and cement your comprehension.

Here’s another idea based on the same technique: try to guess what questions will appear on that upcoming exam and try your hand at answering them.

4. Ditch the highlighter and read aloud

How do you review material? If your answer is quietly reread key passages highlighter in hand, stop right now. Science has shown that highlighters are worse than useless for studying. What’s a better technique? Try reading key passages out loud to yourself.

Recent Canadian research shows this dead simple change in technique can boost retention by a modest but still meaningful 5 to 15 percent.

Here’s another dead simple way to make yourself instantly smarter: when attending your next lecture, leave your laptop at home. Not only will you not be tempted by kitten pictures or baseball scores during that Finance or Marketing class, but science also shows you’ll learn more if you force yourself to take notes longhand.

Old-fashioned pen and paper forces your brain to sort through and begin processing new information, speeding the process of deeply grasping the material. “When people type their notes, they have this tendency to try to take verbatim notes and write down as much of the lecture as they can,” Princeton’s Pam A. Mueller, who studies the subject, explained to NPR. “The students who were taking longhand notes in our studies were forced to be more selective — because you can’t write as fast as you can type. And that extra processing of the material that they were doing benefited them.”

Arguing with yourself isn’t a sign of insanity, instead it shows you know how to learn efficiently. Research out of Columbia University shows that if you want to master complex material (as every MBA student does), imagining two parties debating the subject is a great way to ensure you fully understand and remember key concepts.

Researchers mean this quite literally. Don’t study in one place.

“The science of learning actually says you should mix up where you study,” notes Nicholas Sonderstrom, also of UCLA’s Bjork Learning & Forgetting Lab.

Why does this matter? If you study at a noisy cafe one day and at a hushed library the next, it seems your mind associates the material with a greater variety of environmental cues, which makes recall easier.

This last study technique doesn’t come from science in general, but instead from one scientist in particular — Nobel laureate physicist Richard Feynman. When studying even the most difficult material, Feynman advocated writing out the idea in language so simple the average eight-year-old could understand it.

“When you write out an idea from start to finish in simple language that a child can understand (tip: use only the most common words), you force yourself to understand the concept at a deeper level and simplify relationships and connections between ideas. If you struggle, you have a clear understanding of where you have some gaps,” writes Shane Parrish has explained in his extensive write-up of the Feynman technique.

“It doesn't matter how many times you have failed, you only have to be right once.” - Mark Cuban