The ideal Master's degree for all types of analyst careers and #1 degree most in demand for 2020! The full-time Master of Science in Business Analytics (MSBA) program trains future business leaders on state-of-the-art business analytics tools and techniques. Learn to think and act entrepreneurially, synthesize and draw insights from complex data, and use analytics to tell effective stories that impact business strategy in a number of industries including healthcare, IT, finance, management, human resources and more. Our STEM designation allows international students on an F-1 visa to work in the U.S. for up to 36 months after graduation. 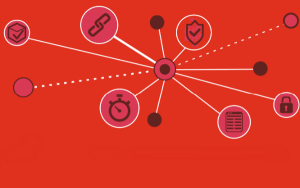 2018 was a mixed year for blockchain technologies. The star of the show, cryptocurrency, saw a huge decline in value, with crypto’s total market capitalization shedding more than three-quarters of its value over the course of the year. Add to that uncertainty over legal and regulatory hurdles to blockchain adoption, and you could be forgiven for thinking 2018 was a bad year for the technology.

If it was supposed to be a bad year, someone forgot to tell blockchain hiring managers and recruiters, as hiring sites saw huge surges in openings for blockchain- and crypto-related jobs. Glassdoor saw a 300 percent jump between August 2017 and August 2018.

So for those eager to start or advance a career in blockchain, you don’t need to worry that the moment has passed you by. Whether you’re an engineer, designer or developer or you fill a business-related role, there’s no doubt you should consider a career in blockchain in 2019 if the promise of this emerging technology is something you find exciting.

Blockchain Industry at a Glance

2018 was tough for cryptocurrencies’ value, but a look at the broader data reveals a more complex story. Let’s take a closer look:

What’s keeping companies from using blockchain technologies? According to a PwC Global survey, the top concerns are:

Despite a bumpy 2018, 2019 looks to be a banner year for jobs in blockchain, and here are nine of the best jobs to consider, which companies and industries are hiring and what salary levels you could expect to see when you hit the job market.

While each job and company are unique, several technologies and skill sets are common across all hands-on technology roles at blockchain companies, and even if you’re not typing code all day, it’s helpful to understand the basics of the underlying technology. Here’s a look at some of what you’ll likely need to know:

As we already mentioned, just because you’re not a hot-shot engineer or developer doesn’t mean you can’t get in on the blockchain job boom, as some of these jobs prove.

Any company investing in blockchain needs software engineers, making this job by far the most in-demand among all companies hiring. Specific duties will vary according to the industry and how developed the company’s existing technology is, but experience in ledger technologies like Solidity and HyperLedger Fabric, as well as database, programming, cloud and other languages will be required.

Most companies are seeking individuals with at least undergraduate degrees in computer science, computer engineering or other engineering degrees, especially for high-paying senior roles.

Popular industries include currencies, of course, but also smart contracts, regulatory technology, banking and others.

A role that requires technical expertise but also a strong dose of the human touch, blockchain technology architects are responsible for end-to-end implementation of blockchain solutions. Technology architects participate in broad discussions on what and how technologies will be implemented and often serve as the company’s representative to customers.

Knowledge of and experience in the programming languages needed to produce blockchain applications are needed, and computer science degrees are generally required for senior roles.

These individuals lead all aspects of design and development of blockchain applications across multiple teams, ensuring products are delivered on time and in budget. Hands-on programming experience is generally not required, but knowledge of languages and programs used is helpful. Experience with project timelines and budgets isrequired.

Required education varies widely depending on the specific products developed at each company, but generally, successful candidates will have at least bachelor’s degrees a technology- or management-related field.

Industries include advertising and media, cryptocurrency and banking.

Ensuring compliance with local, state and federal regulations, a blockchain risk analyst’s daily job will vary depending on the industry and how developed their employer’s technology is, but they could be aiding in programming and development, conducting data analysis or maintaining documentation on products and technologies.

The required education will depend entirely on the specifics of the job, but risk analysts interested in careers in blockchain should have a strong grasp on the technology and specific programming languages used to build blockchain applications.

Most risk analyst jobs in blockchain will be in finance- and government-related industries.

Primarily a media communications role, an analyst relations manager at a blockchain company helps position the company and its technology the company’s broad industry and the market at large. This person is responsible for ensuring that analysts within the industry are aware of their employer’s technology and consider it a viable and positive option for their own companies or clients.

Successful candidates will have experience and education in media, communications, PR or journalism as well as a deep understanding of blockchain, related technologies and issues within the industry.

Industries hiring analyst relations managers are ones where good PR is necessary for continued adoption of technology, such as government, banking and consumer technology.

As the person who creates whatever it is the end user sees, a front end engineer puts the best possible face (and functionality) on a blockchain company’s customer platform. Programming experience is mandatory, and interface/UX/UI skills are a must. Specific programming languages will vary depending on the employer and its platform, but generally, blockchain front end engineers will need to be masters of ledger technologies and programming languages like JavaScript, Angular and Redux as well as HTML and CSS.

Educational requirements vary, but generally, degrees in computer science are helpful, though self-taught computer scientists with work experience in web and computer design and programming will be strong candidates.

Popular industries include currencies, lending and banking and healthcare.

In an industry filled with legal and regulatory confusion, privacy issues and consumer protection statutes, as well as potential conflicts over intellectual property used to develop code and algorithms, lawyers are in huge demand in the blockchain industry. Blockchain lawyers don’t need to be programming experts, but they need to have or develop a deep understanding of the underlying technology and development processes so they can better protect their employers from legal trouble. Experience in mergers and finance law is helpful, too, as blockchain businesses are often targets for purchases by larger companies.

Successful candidates will need a law degree and license to practice, and most companies will heavily weight applicants with blockchain experience or years working for startups.

As regulatory and consumer privacy issues are central to any blockchain company, you likely can find employment in any field within blockchain.

Using data science and business analytics tools, business analysts in blockchain measure effectiveness and efficiency of deployed products and recommend updates and improvements. These individuals also monitor and examine market trends to recommend the best positioning of the company and potential new products. Deep knowledge of data analysis tools and programming languages, such as Python, is necessary.

Particularly for senior roles, degrees in data or computer science will be needed, and experience with programming languages related to blockchain is helpful.

Most openings for business analysts in blockchain are likely to be in consumer-facing products, as those markets shift quickly.

A key part of marketing and customer support, blockchain community managers maintain and develop their employers’ presence on social media, forums and other internet outlets as well as developing content appropriate to answer customers’ frequent questions. They also are responsible for reporting engagement statistics across all channels.While they won’t be in charge of programming their employers’ blockchain applications, they need a well of understanding about the product and underlying technology.

A marketing or PR degree likely won’t be necessary, but successful applicants won’t be entry-level individuals, as blockchain companies, which are likely to be startups, don’t have deep benches for these roles, so you’ll need to hit the ground running.

Consumer-facing industries, like banking, frequently hire in these roles, as do blockchain recruitment agencies.

* Information on job openings, responsibilities, salaries and companies gathered from Indeed and Glassdoor in early January 2019

Despite a rocky 2018 in cryptocurrencies, the blockchain is alive and well, judging by investment in human capital.

In addition to the 300 percent increase seen on Glassdoor, freelance marketplace Upwork reported midway through last year that blockchain was the most sought-after skill by employers. Plus, blockchain companies are scoring major influxes of cash from venture capitalists, with blockchain and crypto startups boosting their VC investments by 280 percent in 2018.

Whether your skill set is in cracking out code or putting the company’s best foot forward, if you have a passion for blockchain and cryptocurrencies, there’s likely a company hiring near you now, and that trend is likely to continue through 2019.

“It doesn't matter how many times you have failed, you only have to be right once.” - Mark Cuban