Most of science is well-documented failure. – Jason Haaheim 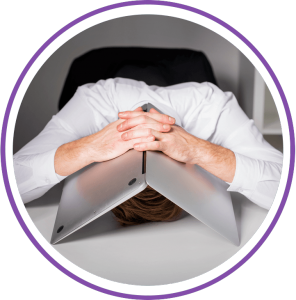 Failure is often considered to be a negative experience, but it doesn’t have to be one. Society often demonizes failure as it is something fatally wrong, but actually it is something helpful and useful – if you know how to use it!

Failure is just a step on your way to succeed. Don’t let it bring you down or get in your way: learn how to learn from it instead, and use it for your advantage.

Feel down after failing, and feeling like you can’t recover from the mistake you’ve made? Keep reading and get some new perspectives!

You’ll see that the situation is not that bad after all, and you’ll be back to success in no time.

You’ve probably already experienced the devastating feelings that overwhelm you after failure. It could have been an exam, a relationship, a project at work, or anything else that you couldn’t succeed in, or at least not in the way you had expected. 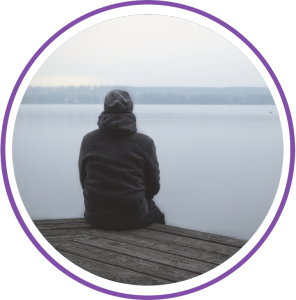 These feelings of regret, disappointment, hopelessness, even uselessness, and your bruised self-esteem can prevent you to see clearly in such situations, and evaluate the situation objectively and react to it as needed.

People in general tend to indulge in feeling sorry for themselves for a while after they fail at something. They listen to the negative voices and punish themselves by saying things like “I’m a failure” or “I’m not good enough, I won’t ever do it right” and so on.

It’s okay not to jump back on your feet immediately if you don’t feel like it. It’s okay to take your time and experience negative feelings. Experiencing your emotional reactions to failure is already an important step in recovery, but only if you focus consciously on your feelings. Otherwise, you’ll get lost in self-pity and that has never led anybody to success.

You should avoid diving into unhappiness and negativity! It destroys your self-esteem and keeps you from bouncing back and succeeding in your next attempt.

As simple as it sounds, it is not necessarily obvious for everybody what success means. If success is your aspiration you really need to think about what it means to you. Pass an exam or excel at it are two different things, but both can be defined as success, it only depends on the bar you set for yourself.

For some people passing a very demanding course is one of the greatest achievements, while others don’t settle for that, they want to thrive on that course. Neither of these decisions are to be judged, they are just different and subjective.

Therefore you have to evaluate your circumstances, your goals, and the efforts that you can put in achieving your goal, and set the bar for yourself.

How To Be Successful?

Unfortunately, there is no exact recipe for becoming successful. Let’s be honest that would be just way too easy. But there are certain things that you can do in order to find the right path for yourself that leads you toward success.

Keep your head up

First of all, it was mentioned already above, but it’s very important, so let’s repeat it: don’t let your devastating feelings bring you down. Take some time, gain confidence from things that you are good at, and bounce back as soon as you can. 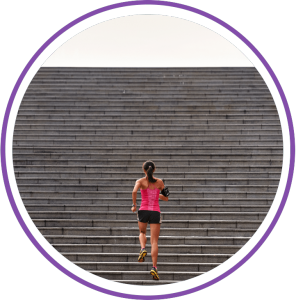 Second most important thing is to persevere. Failing at something once or twice, or even a dozen times doesn’t mean that you should give up.

You have to keep trying again and again. Reevaluate your situation beforehand every time, and use new techniques, mindset, and tools for the same goal. Failing many times doesn’t necessarily show your weakness or incompetence, it’s just that you have not tried everything yet.

Challenge yourself, work hard, and do everything in your power that you can, then assess your results and ask yourself: “Did I get what I wanted? Am I content with the result? Did I do everything I could?”

If your answer is yes for the three questions then you succeeded, no matter what other people think. If your answer is no, still don’t lose heart, reconsider what you could’ve done and reset your goals.

Set achievable goals for yourself 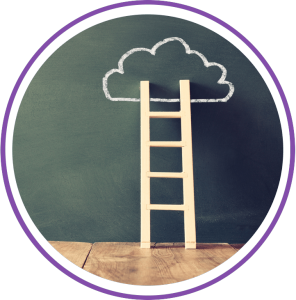 Assessing your resources (time, energy, work, money, extra efforts, etc.) will help you set an achievable goal. We’ve already mentioned above that you need to decide what is accomplishable for you, and set your own goals that align with your capabilities.

It doesn’t mean that you should forget about your long-term, much bigger aspirations, it just means that you realize what you can do and get in return, and how you invest your efforts.

This way you’ll be able to succeed maybe in smaller steps, but you’ll gain more confidence and resources to set bigger goals later on.

Even at your first attempt at something you should take your time and figure out different ways to approach your goal. This way you’ll have several backups and different perspectives on the same thing, so eventually you’ll succeed in it. 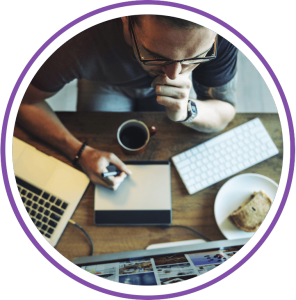 Your commitment to your goal is key in achieving success. You must reflect on how much you want to achieve that goal, how achieving it will enrich your life, how much you are willing to sacrifice for it.

Once you’ve decided to go through with your plan all else will fall into place. There are several things you can do to strengthen your commitment, read and try these tips.

It is very important to be able to change course even in the middle of everything, if necessary. Flexibility is a personal trait that you must have or develop in order to succeed. You have to realize when and why to change methods or paths and adjust your whole approach to these changes.

Get out of your comfort zone 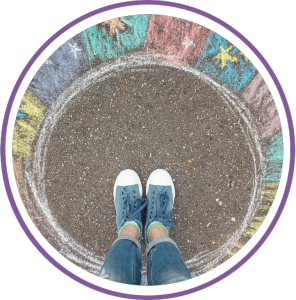 Whether you like it or not, there are times when you have to leave your comfort zone and do new things, learn new things, and be humble. This way you will get to know your own limits, and yourself.

Also try traveling as much as possible: different cultures, people, places, and vibes will truly help you to see the world and the opportunities of it differently.

Self-confidence is closely connected to achieving success. You need to be accountable, consistent and confident all along while trying to accomplish your goals. If you’re self-confident it’s harder to throw you off balance, and to discourage you in your attempts. 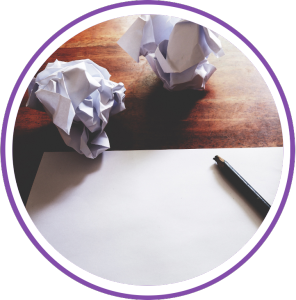 Don’t be afraid of failure. On the way to success you ought to fail several times until you finally succeed.

Consider failure as part of the journey, instead of viewing it as the end of it, because it happens to you unavoidably sometimes anyway and you might as well embrace it.

Successful People Who Failed Before

Get inspired by some of the most successful people who failed several times, and instead of feeling sorry for themselves and hiding their failure, they take pride in it, because it taught them to fight harder, to persevere, to adjust themselves to the new challenges, and to find their own way to succeed. 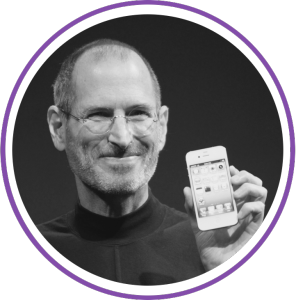 Considered as one of the most successful entrepreneurs in the world, Steve Jobs had learned his lessons before leading Apple to success. He had been inflexible, and too impulsive at times before he was removed from the company.

He admitted that he considered it as his biggest failure, but he went on and established new companies, and along the way he learned how to be better at what he did. Equipped with new experiences and new personal skills, Jobs returned to the descending Apple company in 1997 and eventually managed to form it into the remarkable brand that is Apple today. 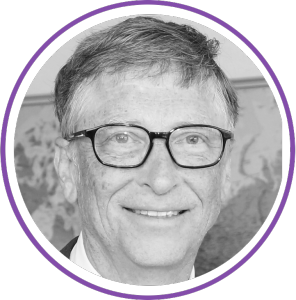 Bill Gates by DFID via Wikipedia.

The other iconic businessman, often mentioned alongside Steve Jobs as an equally successful entrepreneur, Bill Gates has also become closely familiar with failure more than once throughout his career.

He failed at things that would seem ridiculously easy to achieve for a company like Microsoft, such as operating the world’s top search engine, but he let a then small start-up Google outperform the tech giant, because he didn’t care enough. But still things like this didn’t prevent him to go on and become the world’s richest man who had established the world’s most famous tech company. 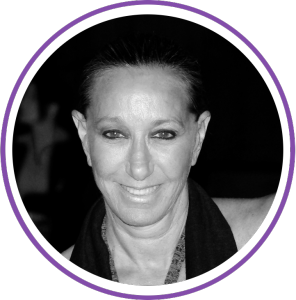 One of the most famous names in the fashion industry, Donna Karan debuted in fashion in the 1980s with her “7 Easy Pieces” and the mission that women needed a versatile wardrobe. She had her share of failures early in her career as she failed draping at one of the most prestigious designer schools, namely Parsons.

Moreover, she didn’t even acquire her degree at Parsons, because she took on a summer job opportunity at Anne Klein. She was fired from the job after nine months, because she had no previous experience. Still, eventually she did made her way in the industry and created her powerful brand known as DKNY. 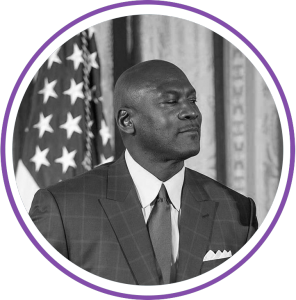 The world famous basketball player, Michael Jordan has wisely embraced his failures and in his famous statement he considered them as the reasons for his success: “I’ve missed more than 9,000 shots in my career. I’ve lost almost 300 games. Twenty-six times, I’ve been trusted to take the game-winning shot and missed. I’ve failed over and over and over again in my life. And that is why I succeed.

He wasn’t selected for his school team, and later he owned an NBA team that set the worst record in losses in the history of NBA. What he has always done ever since his first failure – when he wasn’t chosen to be in his school team – is that he uses his fear of failure to bounce back twice as hard next time. It seems working. 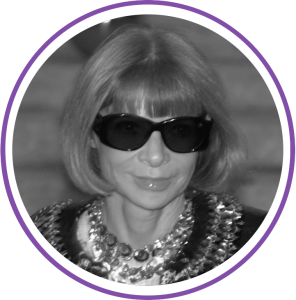 Fashion icon and the ruler of the fashion world, whose success is intimidating to everyone, also made our list. It is very hard to imagine now that once she did something that she failed at, but that’s the truth.

She was fired from Harper’s Bazaar in 1975, and she considers that instance as something that helped her in her career. In her opinion, everybody should be fired once in their lifetime “because perfection doesn’t exist”. She has been the editor-in-chief of Vogue for 30 years now. 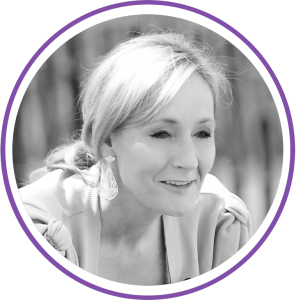 The talent behind the Harry Potter books that are world famous and translated into 76 languages, J. K. Rowling had also faced adversities and many failing attempts before she could rise to fame.

She lost her mother, suffered from depression, raised her baby daughter alone, and got rejected by publishers many times, but she didn’t give up. She suffered fallbacks and times when she couldn’t work on her book, but slowly she made her way to the top, and today she is one the best selling authors of all time.

The success stories of people are hardly ever about how easy and jolly it was to achieve what they did. It’s hard work, commitment, and the ability to pull yourself together even though everything seems falling apart around you. Failure is something to be proud of because it shows that you tried again and again.